South of Kennedy To Play Trifecta 2019

Tampa Jewish Family Services’ annual Trifecta event is right around the corner, promising to be the best party of the year in Tampa Bay.  This year’s event includes a new element to elevate the fun: for the first time ever, the event will feature a live band and dancing. The band, South of Kennedy (SOK), is a rock-and-roll cover band that plays a variety of music from the 60s, 70s and 80s – all designed to get Trifecta-goers on their feet and dancing!

“We are really excited to play for this event,” said Berger.  “Obviously TJFS is a great organization, so we’re thrilled to be able to support the Agency with our performance; and we know a lot of the people who we’ll be playing for, so that makes it extra special.”

In addition to music and dancing, the Trifecta Main Event will feature food from restaurants around the Tampa Bay community, an open bar and a silent auction. The Patron Event will also offer a special Tequila and Taco tastings.  SOK will be performing sets during both the Patron Event and the Main Event.

“We wanted to try something new this year and South of Kennedy is the perfect way to infuse new energy into the event,” said Michael Barnett, CEO of Tampa Jewish Family Services. “We’ve always said that Trifecta is a great event to have fun, socialize with friends and support a great cause, and this year is no different. Plus, we can’t wait to see everyone out there on the dance floor!”

Trifecta tickets and sponsorships are still available at www.tjfs.org/events/trifecta. Unless the event sells out in advance, a limited number of tickets will be available at the door on the day of the event. 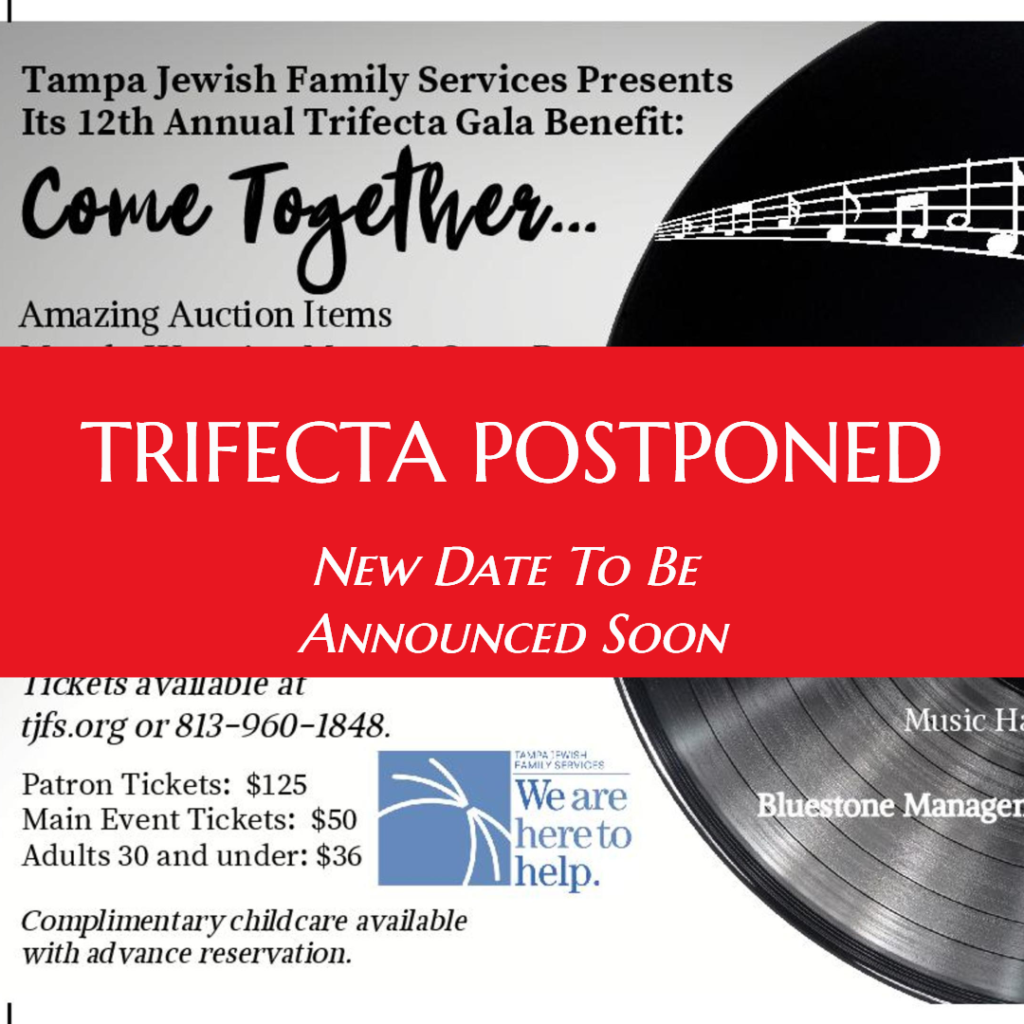